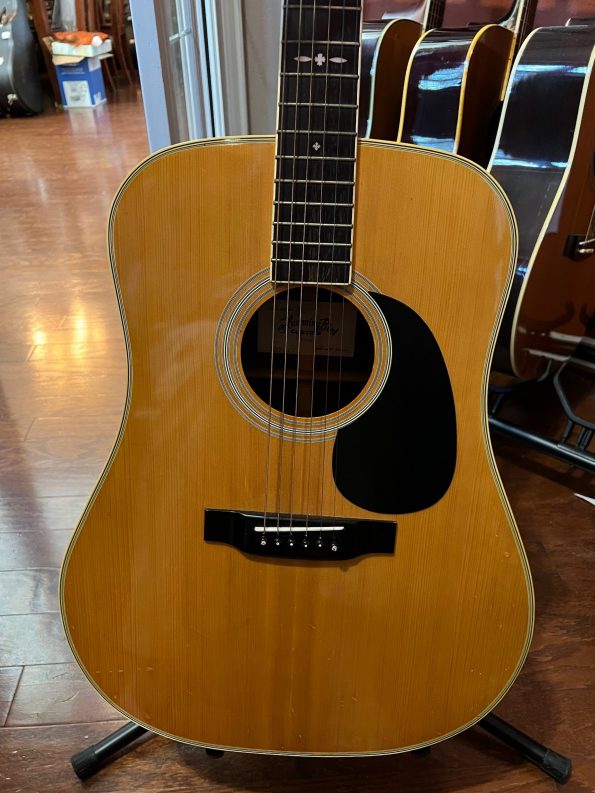 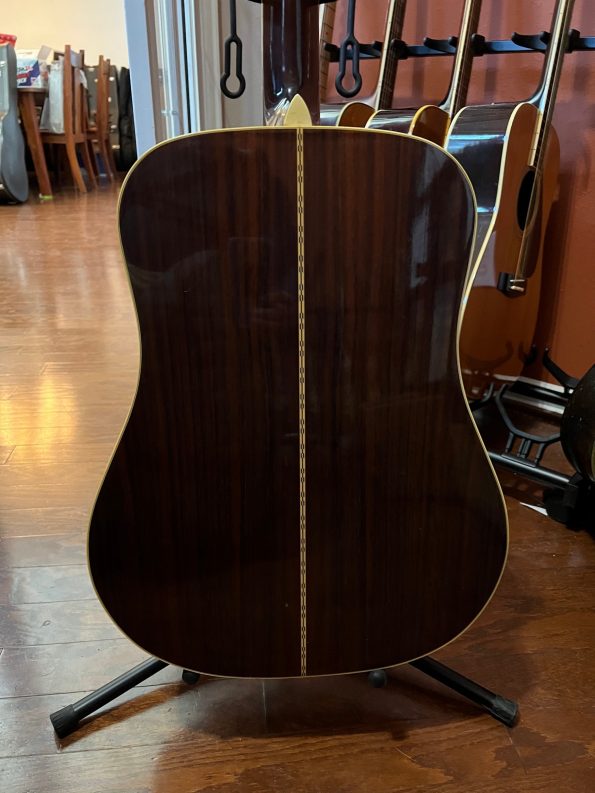 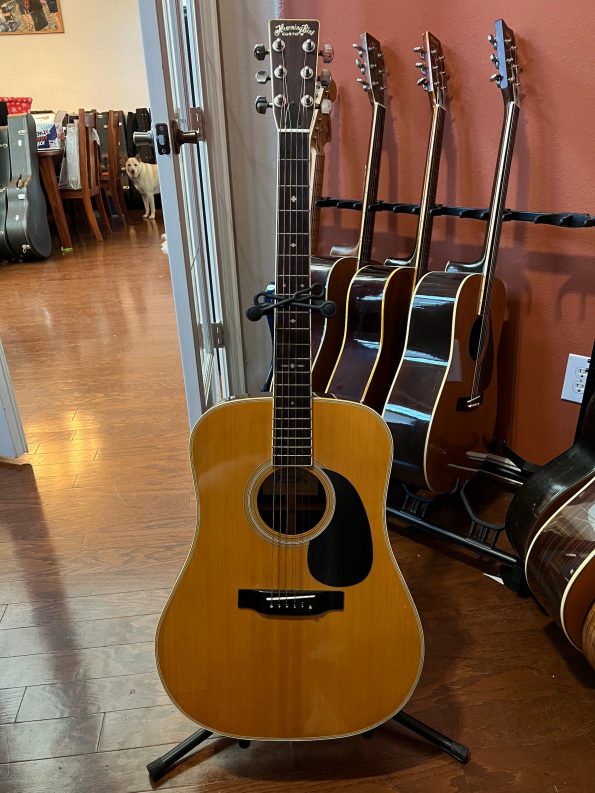 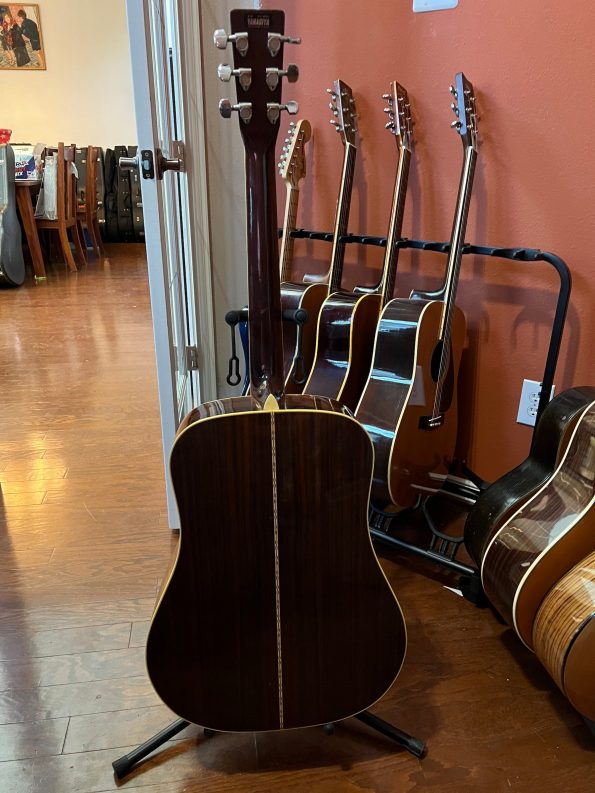 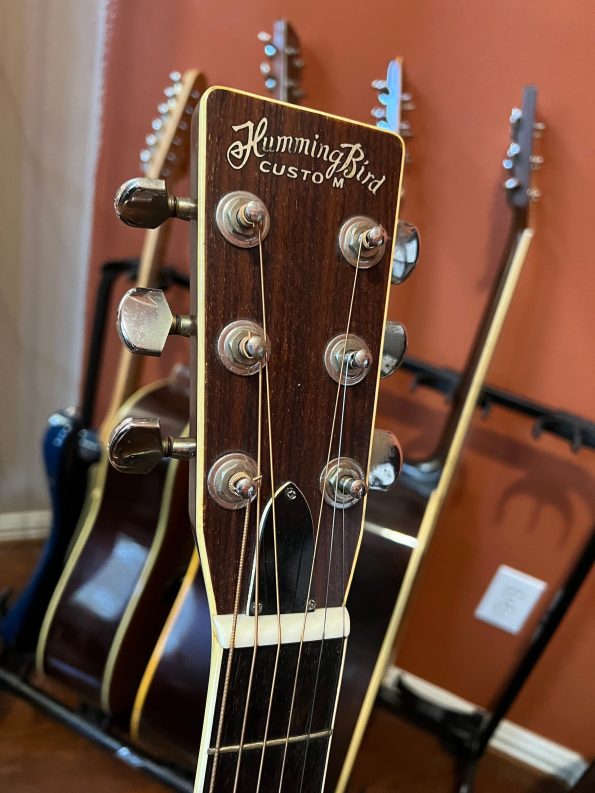 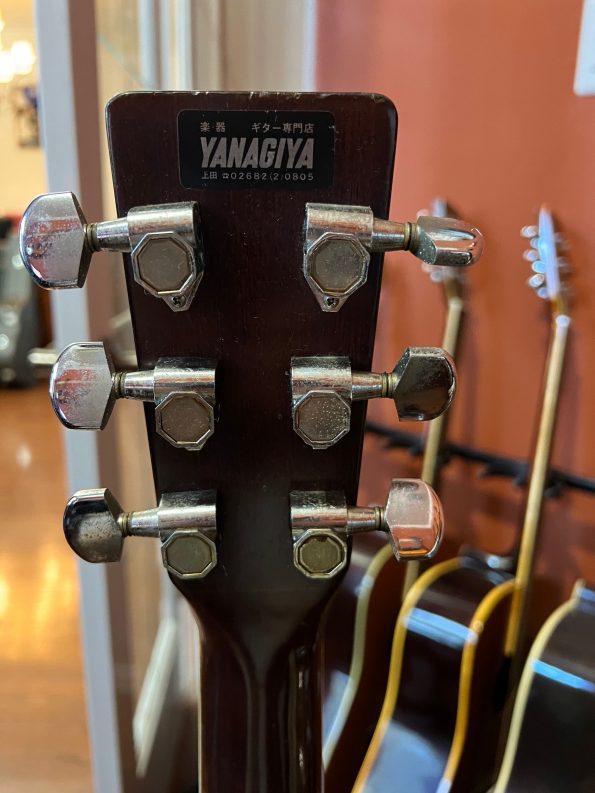 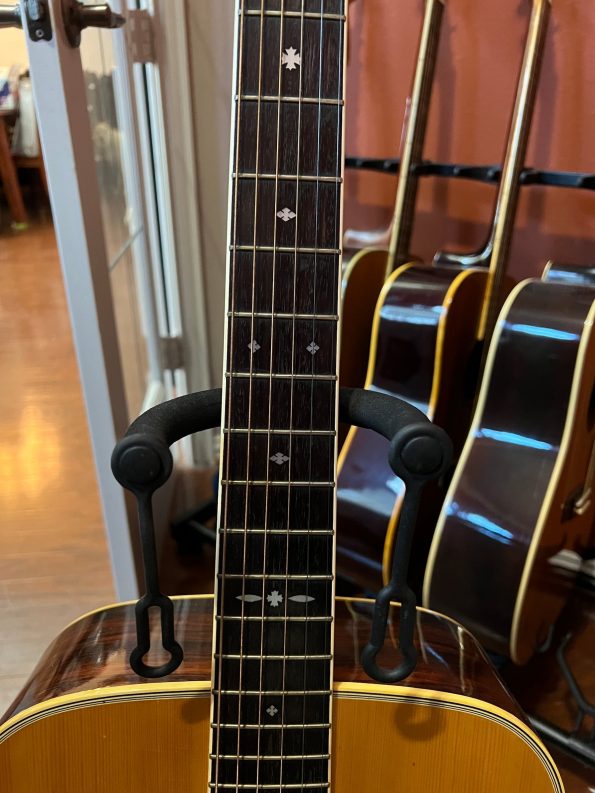 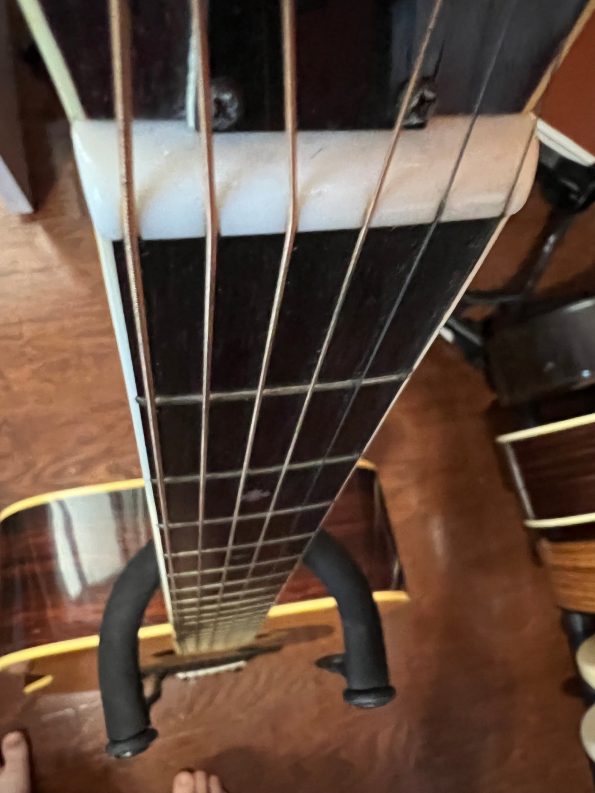 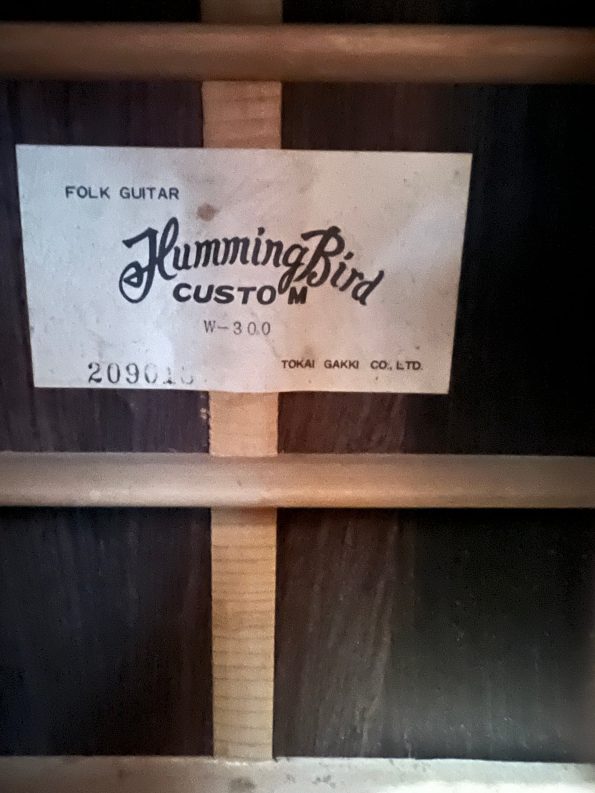 The HummingBird series was manufactured by Tokai Gakki in 1970-1974. This series of Tokai is a Predecessor of their more familiar Cat’s Eye series, and this W-300 is the top line of that Tokai series.

Most acoustic guitar players around the world know that since late 1960s Japanese makers were creating wonderful copies of Martin, Gibson and Guild guitars. Many experienced players know that many of these copies sound better than the originals.

Brian May had his Tokai Hummingbird Custom since the Queens Sheer Heart Attack Tour 1974 in Japan and also on recordings in a Night At The Opera album 1975.

These HBs are made based on famous blueprints and enhanced by Japanese ingenuity and the highest level of craftsmanship, these guitars are very popular and recognized by the majority of international players.

The introduction of the Cats Eyes series coincided with the discontinuation of “Hummingbird Custom” guitars made by Tokai since early 1970s.

The Hummingbird Custom were the higher end model within the series and the W-300 is the top line of the series.

This guitar was made in 1975. Hummingbird guitars made through 1974 had a simpler and less ornamental logo. This one they went all out.  Lots of detail in the build and the sound is amazing.

It offers great volume, combined with cool and sparkly tonality, especially suitable for rock, blues and/or other similar styles, not so much for slow lyrical pieces. With its current action plays super easy. The overall condition of this guitar can be described as excellent for its age. The condition of the fingerboard and frets suggests that this guitar hasnt been played a lot. It certainly can be played for many years to come. 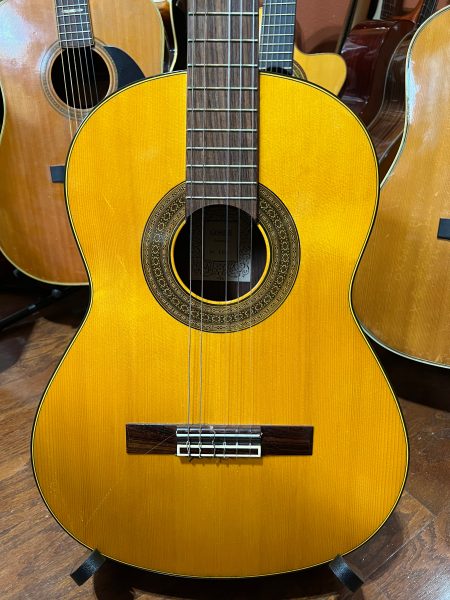 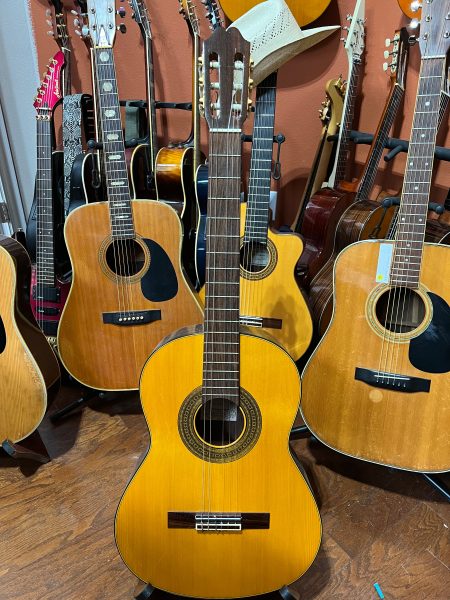 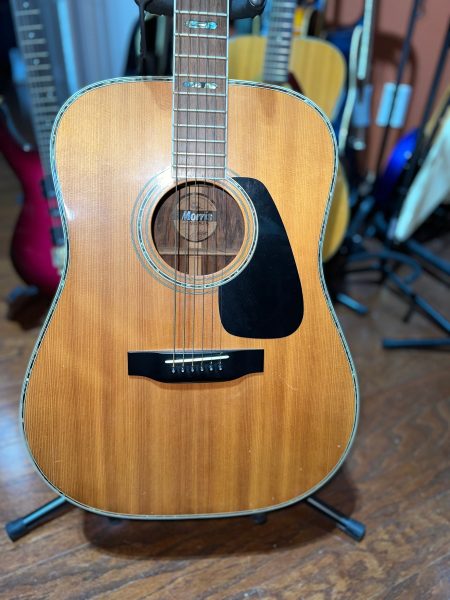 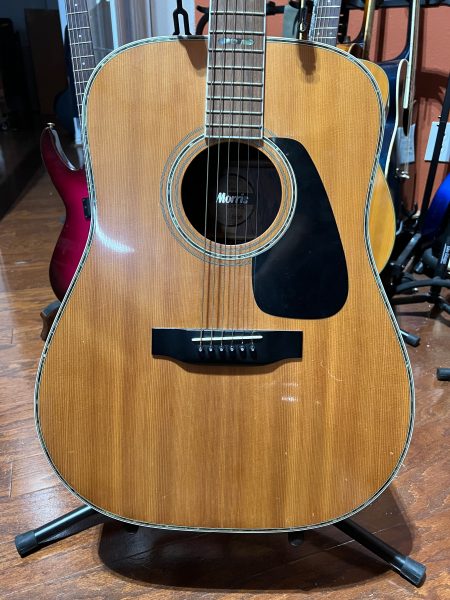 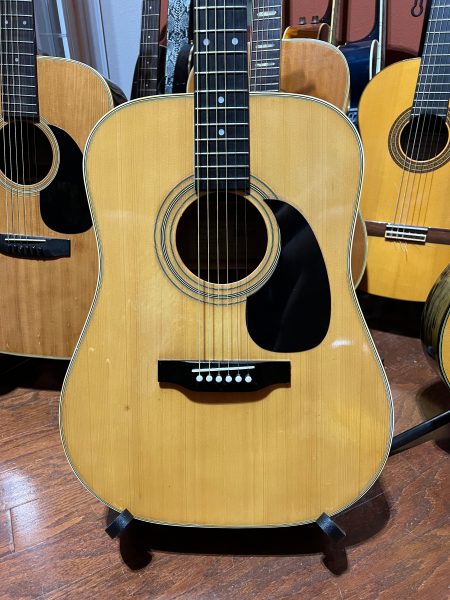 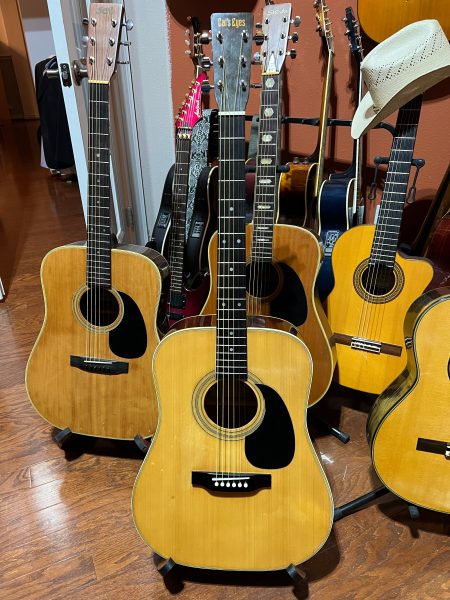 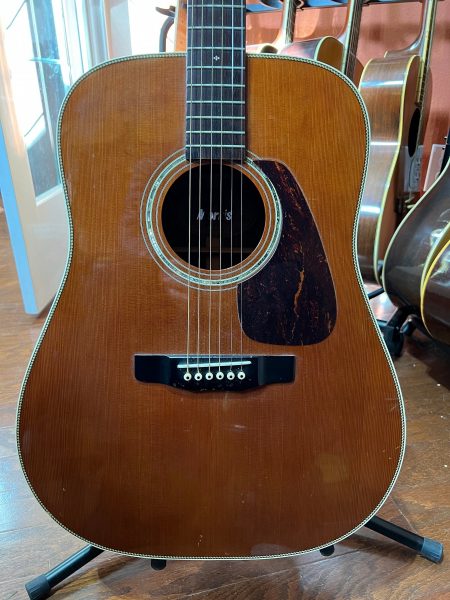 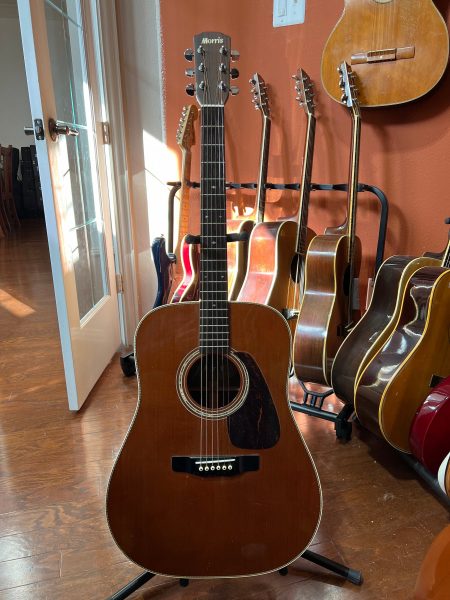